THE TENTACLES OF THE RIVER – In close cooperation with the client

The river IJ connects two distinct parts of Amsterdam, north and centre/east/west/south. This water forms the backdrop of an office of a specialised consulting services company.  The company’s partners have commissioned Caroline to create a work that addresses the environmental changes that affect the river and fits with their services.

A commission as a spark to develop a concept – The work of Caroline Kampfraath as a rule has a societal meaning, a layer beyond the physical work itself. So with the partners’ request she set out to develop the concept as well as the threedimensional form. The client gave her full freedom in the choice of material. Caroline put the challenge upon her to use a combination of materials never seen before – as she often does. 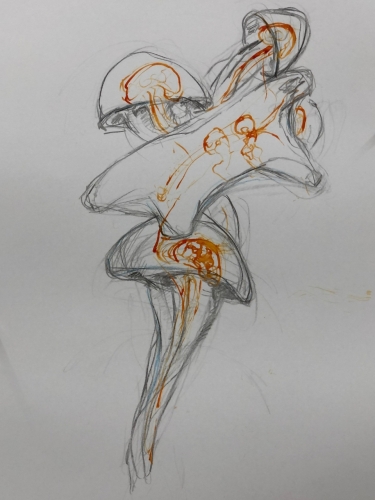 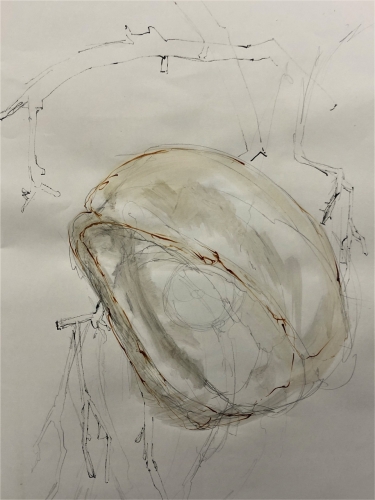 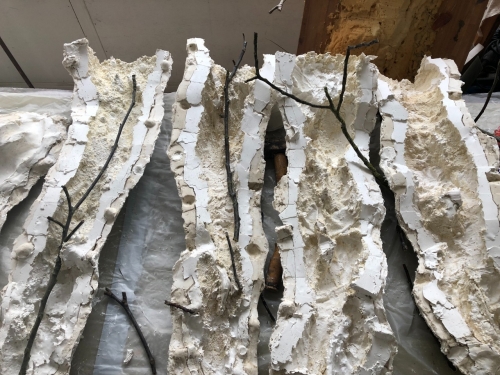 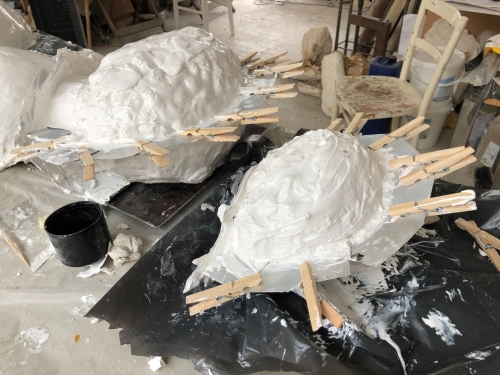 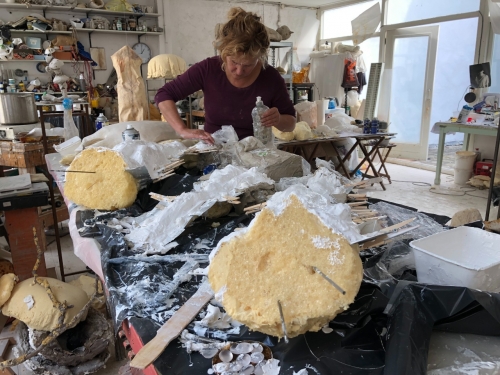 The result was the piece The Tentacles of The River with different elements suggesting the permanent dynamic of the river IJ. The Tentacles of The River turned out to offer such diverse views and layers that the client requested that the work may be seen from different angles. For that purpose, a custom-made silent driver device ensures the work makes a full rotation per hour. This speed was chosen to not distract the office work, yet to give a new view each time one looks up. 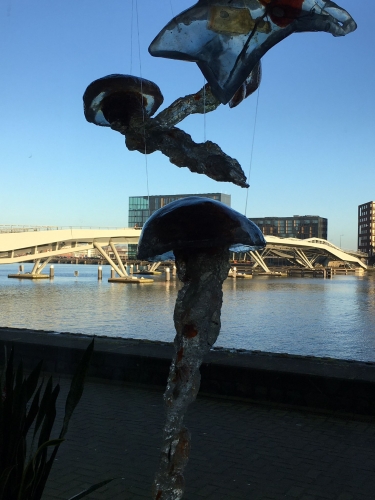 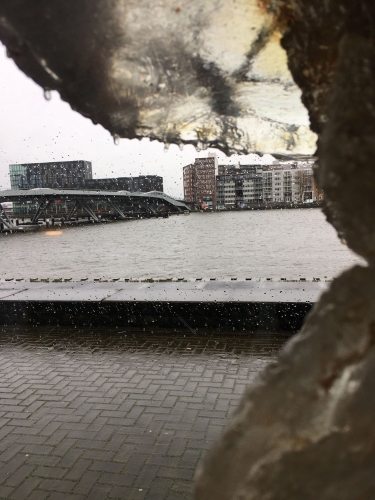 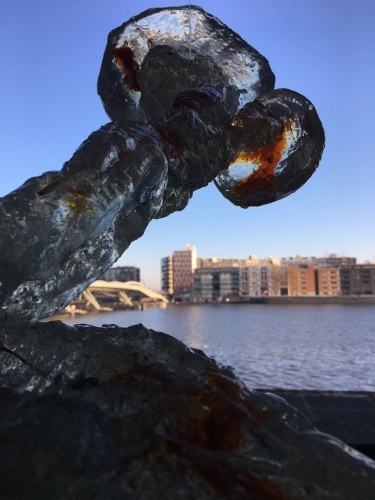 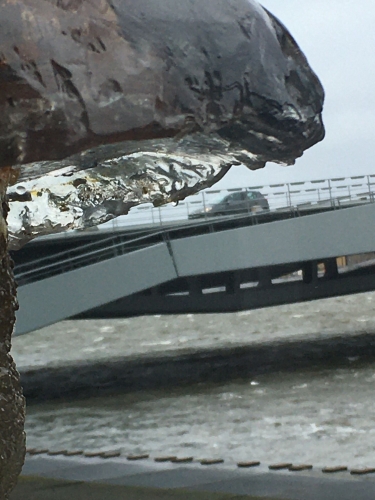 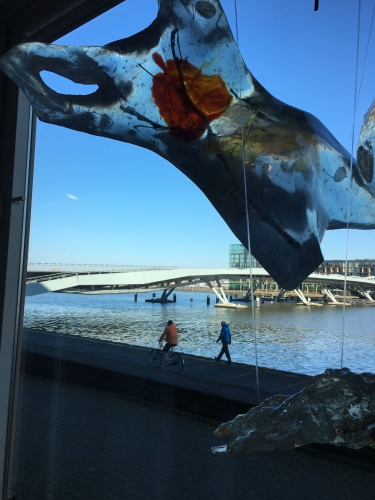 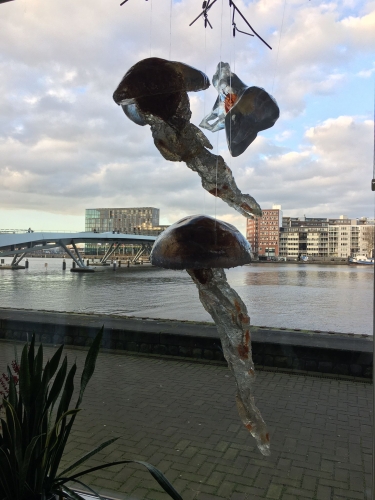 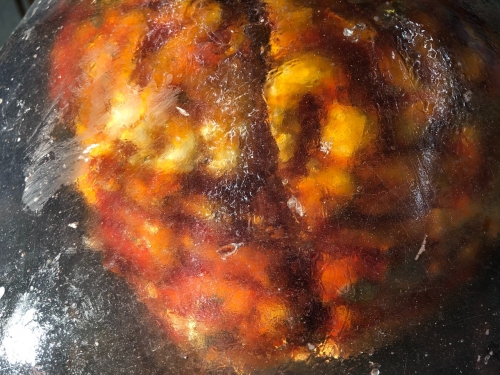 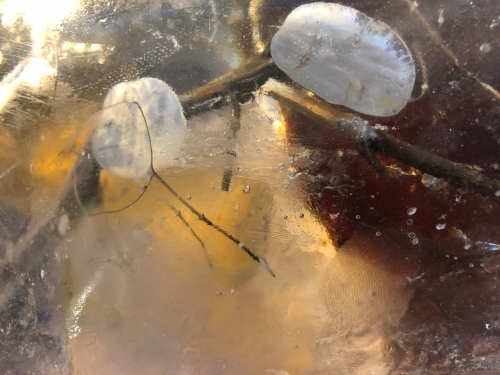 THE SEAMSTRESS – A commission supported by the Amsterdam Art Fund

The bronze outdoor sculpture The Seamstress is a commission by Amsterdam centre inhabitants to Caroline. The Seamstress commemorates the radical transition of an Amsterdam city centre street, the Bergstraat. The Amsterdam Art Fund (Amsterdams Fonds voor de Kunsten) supported the project.

History as a starting point – Side streets in the canal zone, such as the Bergstraat, were often neglected and disconnected from the rich canal dwellings, streets that you’d rather avoid. In the last decades of the 20th century, window prostitution, squatting and sales of drugs in the street pushed the Bergstraat asked a lot of the typical Amsterdam tolerance. In 2010, the County Council ended hundreds of years of prostitution in the Bergstraat. The city of Amsterdam seconded by street inhabitants carefully redesigned the street to a green, residential micro-environment. Playing children and tourists taking pictures still surprise the longstanding street inhabitants.

What the Seamstress represents – Street inhabitants decided the radical change needed to be marked and gave Caroline a commission. After careful consultation, inhabtitant chose The Seamstress for the commission. The Seamstress’ features stand for the then flourishing textile industy in the neighbourhood as well as the prostitution; the roughness of the surface represents the neglect of the street, the building foam used for the model adds modernity and finally the 17th century clothing of The Seamstress reminds of the very early days of the Bergstraat. 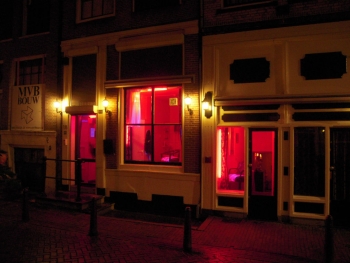 How the Bergstraat looked for a long time 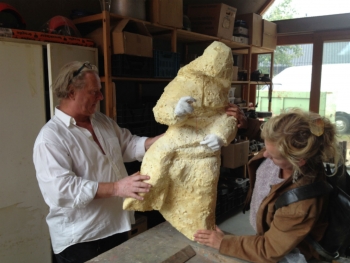 Caroline with the pur foam model at the foundery 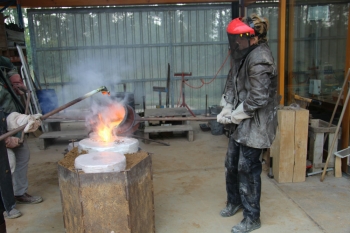 Caroline at the foundery 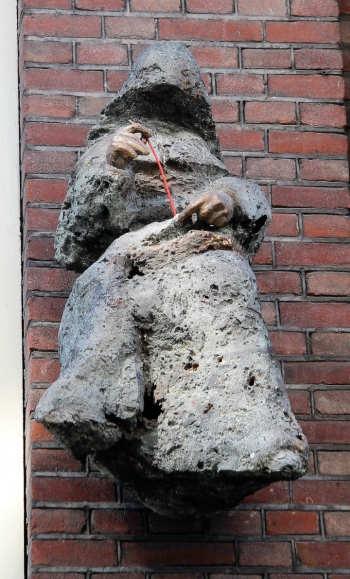 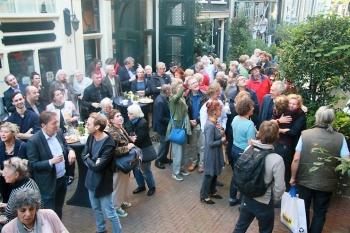 At the opening of The Seamstress. Neighbourhood inhabitants co-funded the sculpture. 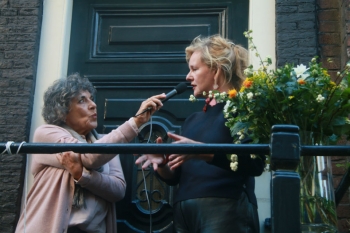 FLOW FOR LIFE – rendering meaning to an abstract product

A pharmaceutical company asked Caroline to create a threedimensonal depiction of an otherwise abstract drug product used during surgery. The work is based on three generations. A wallnut tree, planted by the grandmother, that supplied branches turned into blood vessels signifying time. The granddaughters as the new life. The table as the social meeting place as well as the operations theatre. The work has travelled the world, directly portraying the significance of the product to the audience. 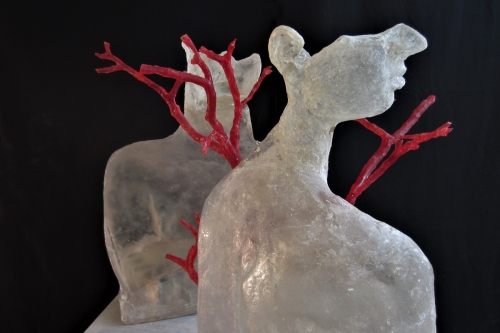 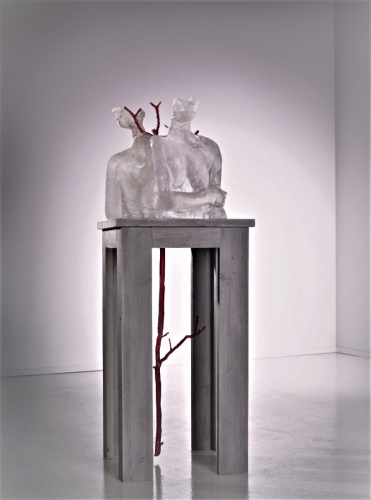 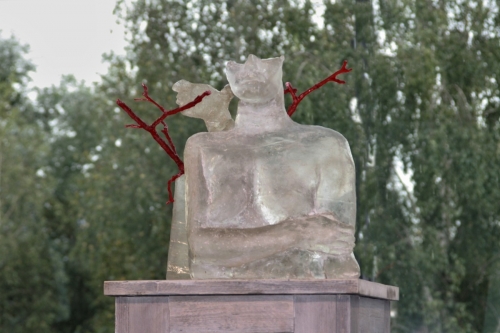