The Trees Weep upon Us, We’ll be Fossils by Then – Venice Biennale 2017

The Trees Weep upon Us, We’ll be Fossils by Then is a baroque installation in the form of a Venetian chandelier, specifically created for Personal Structures in Palazzo Mora at Venice Biennale 2017. The work refers to our complex relationship with nature. According to Caroline, we are constantly changing and influencing nature. Our impact on the ecosystem is far greater than we realize: eventually the system will turn against us and we will succumb to it. 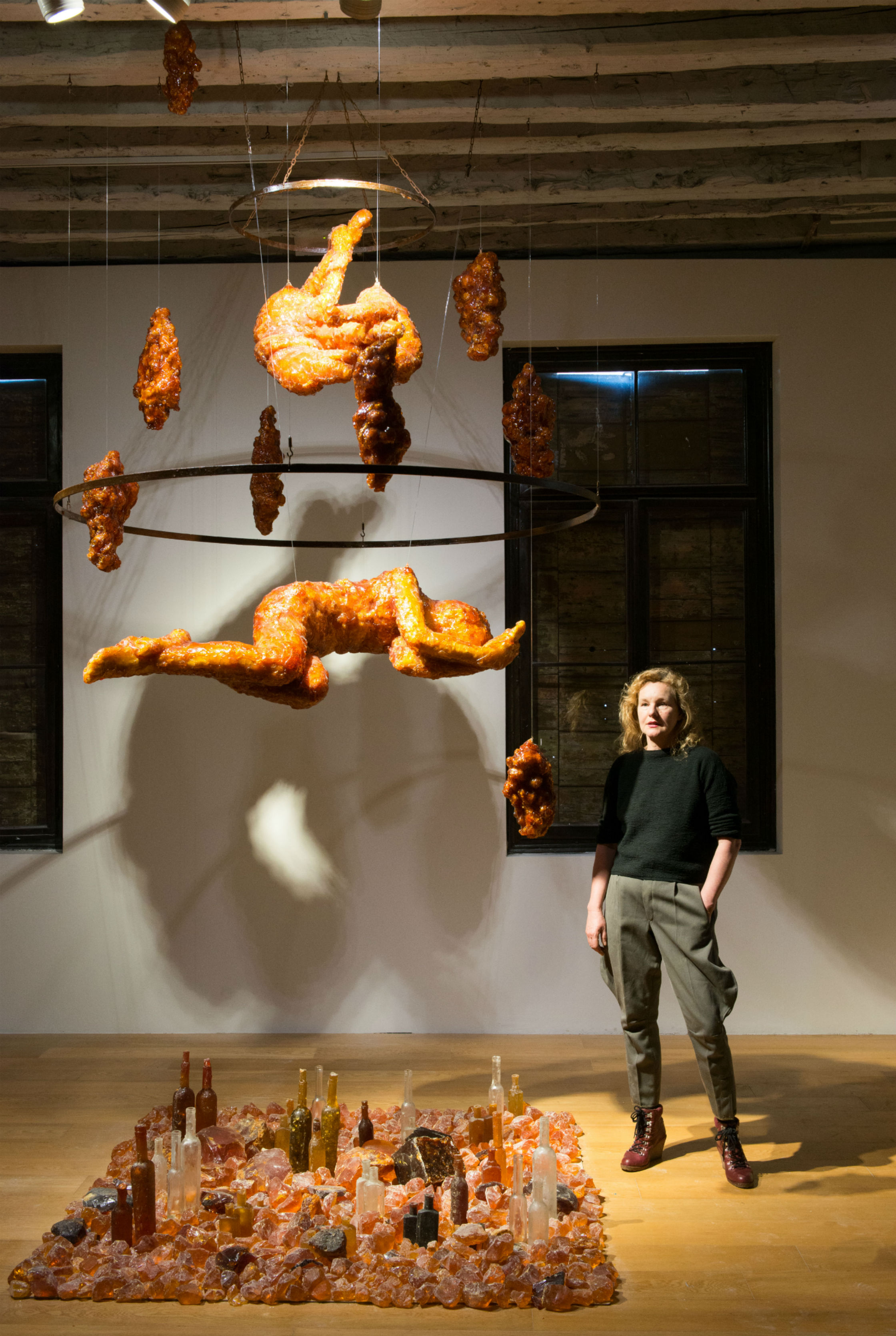 The Trees Weep upon Us is made of tree resin, referring to Venetian glass. Large blocks of resin lie on the bottom. Positioned between these are old bottles cast in resin, resembling a town in its surroundings. The bottles symbolise transience; they are the remnants of human existence. The resin blocks depict the built environment and at the same time they represent nature. Hanging in the middle of the chandelier itself is a human fossil in resin: an object with human features. Above it hangs a resin copy of the last dog from Pompeii, which was trapped and could not escape. Suspended around these figures are resin tears, which originate from the trees that have turned out to be stronger than the futile Man.

In fact, The Trees Weep upon Us, We’ll be Fossils by Then is an apocalyptic work which refers to the destruction of mankind. But do not despair: after the disappearance of Man, new forms of life will appear. The circle of life cannot be broken. 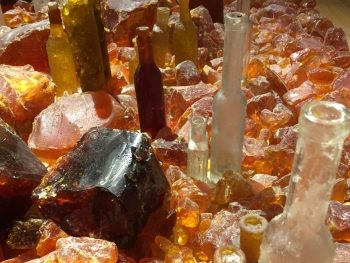 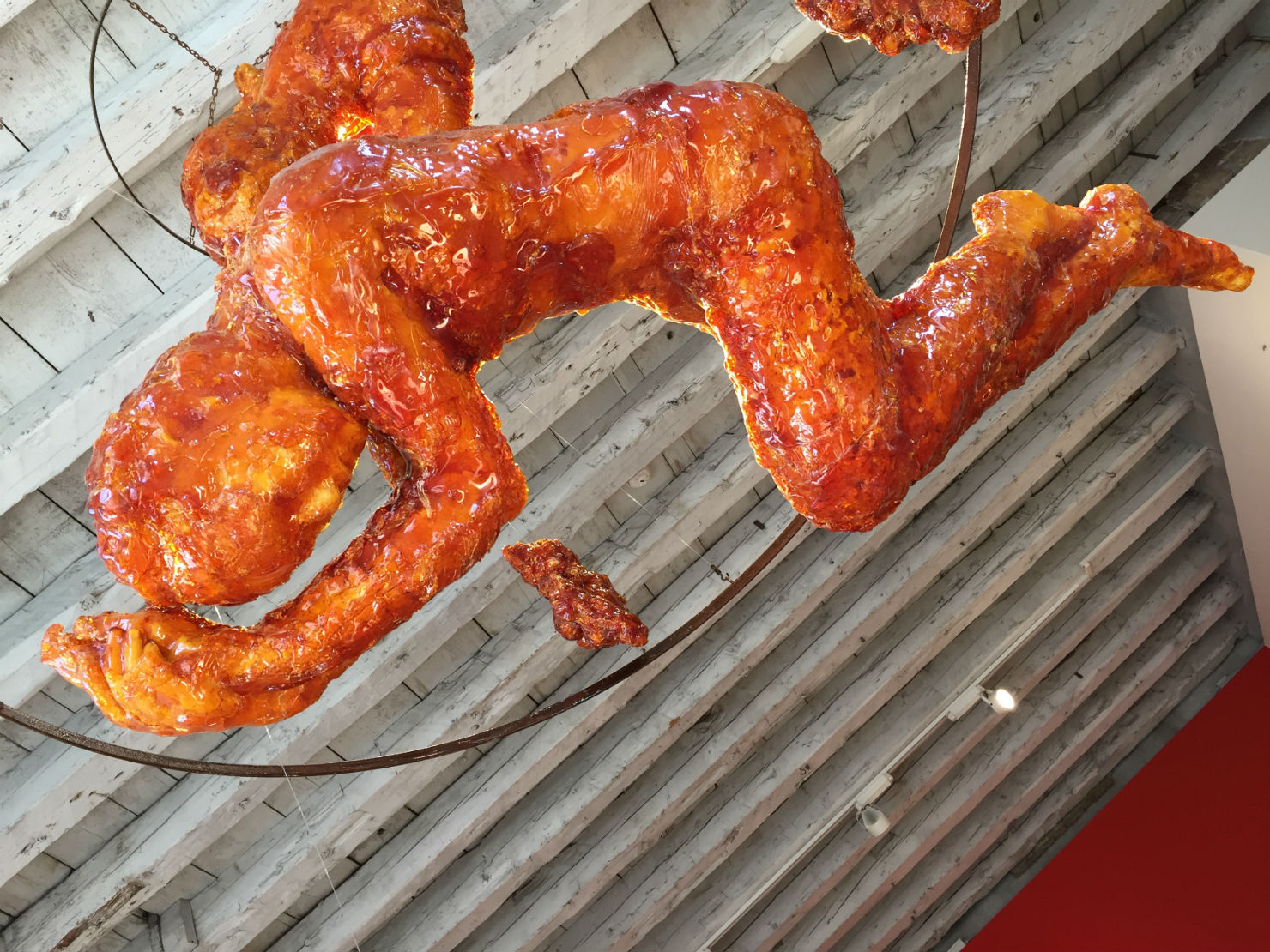