Art Dubai runs March 29 to April 3rd, 2021. It represents over 50 world-reknown galleries. Art Dubai hosts a wealth of international artists. Works of Caroline will be represented by the Museum of the Americas under auspices of dr Raul Manuel Oyuela.

Are friends the new family?

In her work Under My Skin, sculptor Caroline Kampfraath connects contemporary cultural phenomena and friendships between women with their social position.  The basic idea is that friendship ties replace family ties.

Under My Skin – official video 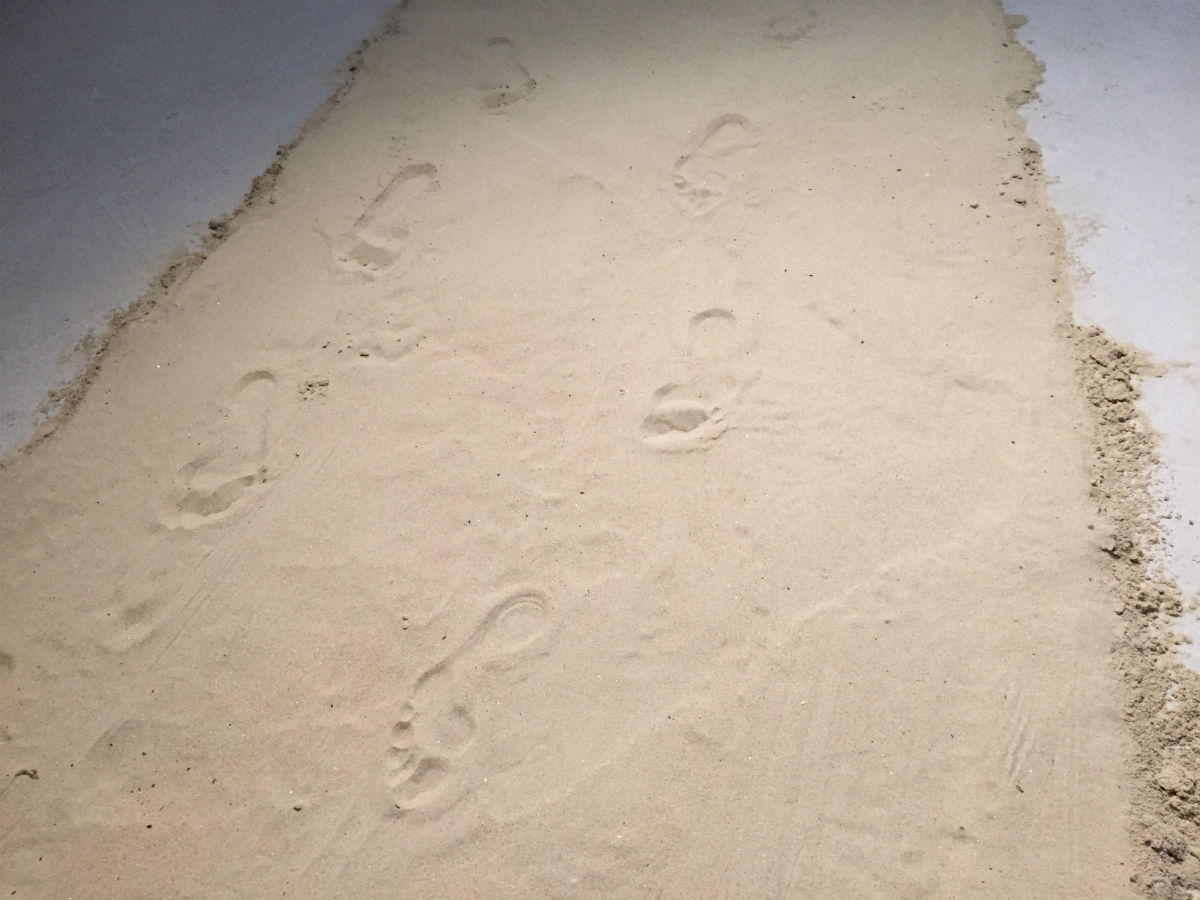 Footprints of a friendship

A new, stronger position for women in society

The friendship between women is freeing itself from its traditionally confined position: family ties, religion and male sexual behaviour have kept women submissive or invisible. Historically, women were defined by their family contexts or the status of their husbands. Where men have met outside of the house for centuries, women worldwide can now be inspired by other women via social media. Women now find each other on the basis of their shared interests, not because of their familial or marital context. Through mutual contact and friendships women may now be better able to define their own identities. These friendships – and in their wake, women’s networks – provide the basis for a new, stronger position for women in society. 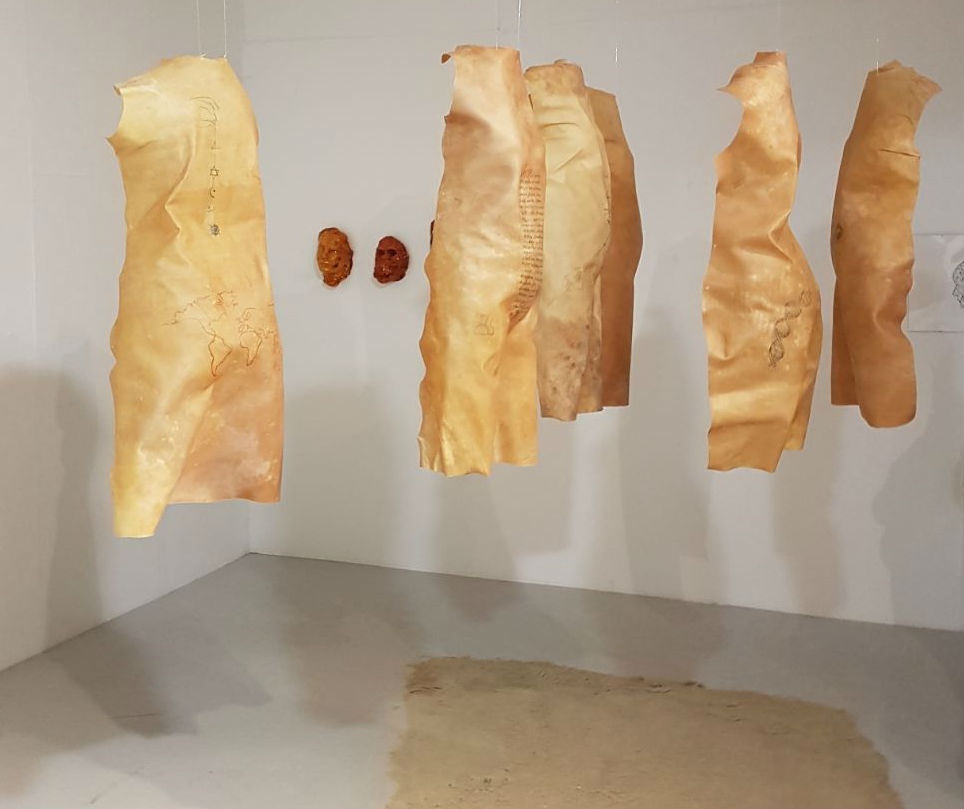 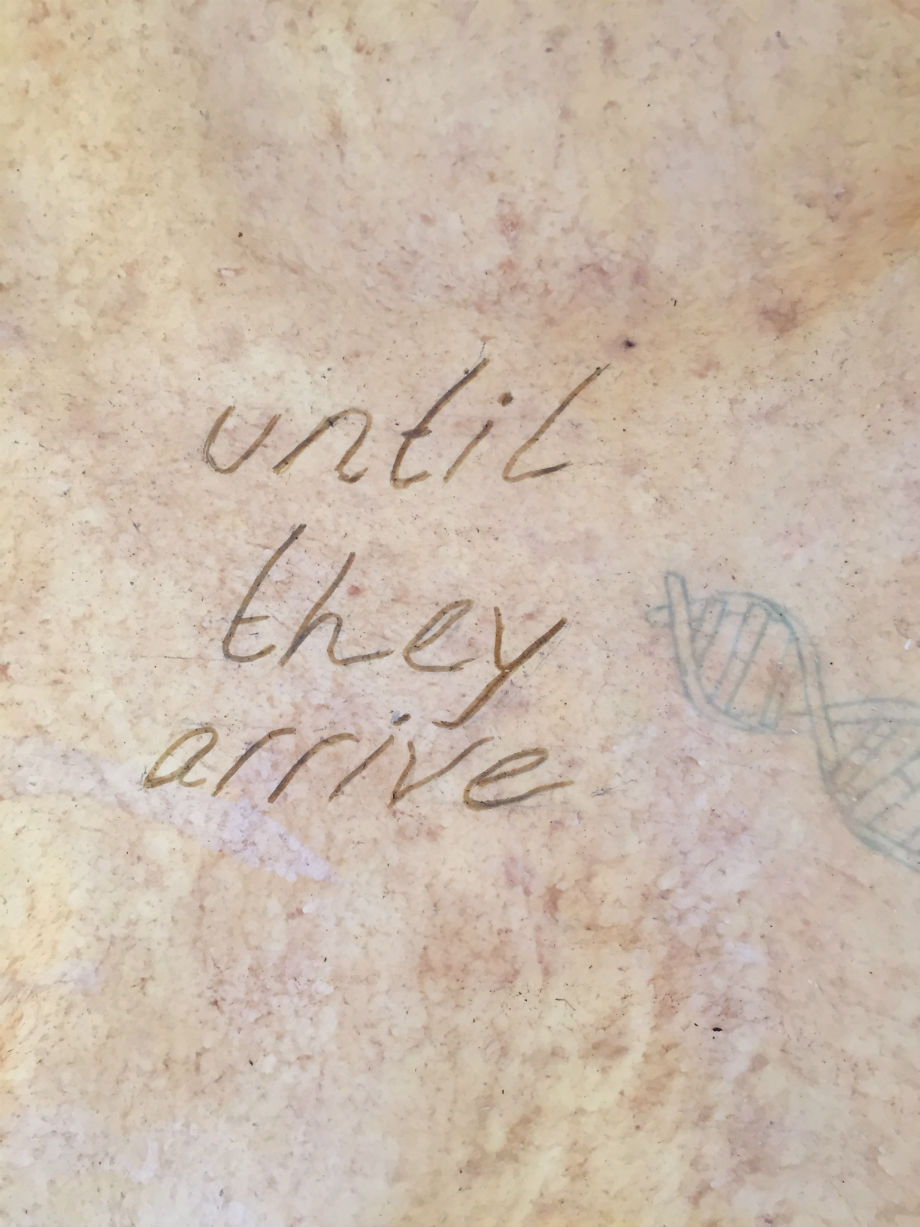 For Under My Skin, Caroline used parchment, the primordial carrier of communication. Parchment holds our DNA, the oldest phenomenon that strongly defines one’s identity. Many a human skin nowadays holds tattoos as a way of depicting identity. Caroline’s tattoos refer to societal phenomena that facilitate or threaten female friendship. The sand under the dresses represents time, in which friendships leave their footprints. The poem by Anaïs Nin at the rear of the dresses symbolises the strength and the poetry that come with friendship; the beauty of the unspoken.

At the exhibition “Freundinnen” at the Frauenmuseum Bonn, Germany, Emma Evelein and Jori Meijer perform the opening of the work Under my Skin 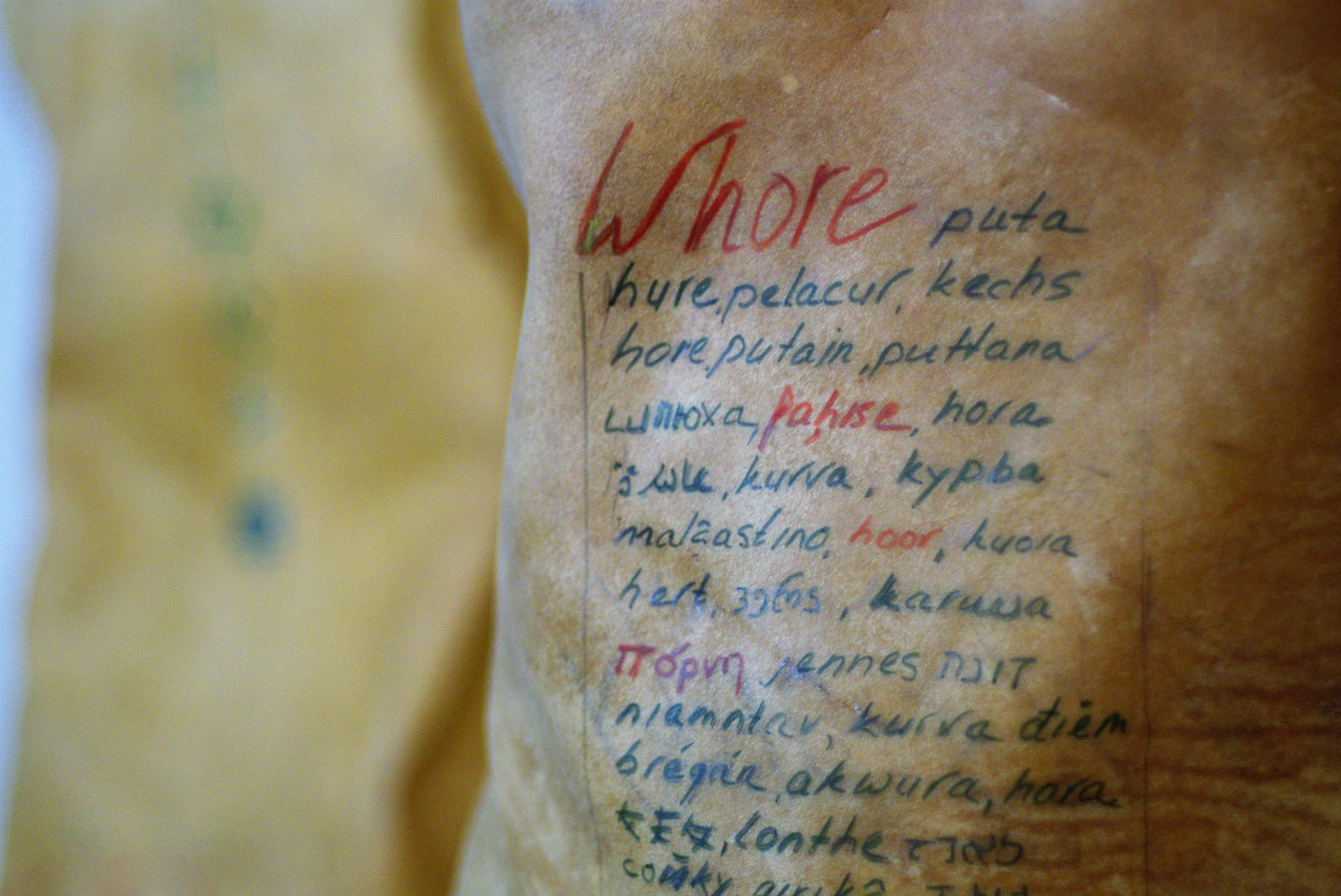 The oldest profession in 125 languages

The Trees Weep upon Us, We’ll be Fossils by Then was specifically created for the Venice Biennale and shown in Palazzo Mora during the Biennale 2017 exhibition Personal Structures. The artwork refers to self-destruction by arrogant disregard of our natural environment.

Please click Venice Biennale 2017 for more photos and information on the work. 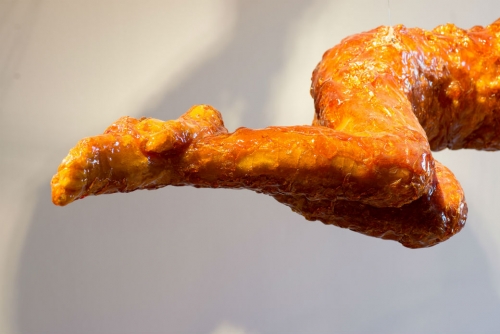 The Seamstress | Amsterdam, The Netherlands – 2017

The Seamstress is a commission by inhabitants of the centre of Amsterdam and comemmorates the radical transition of an Amsterdam city centre street.

Please click The Seamstress for more photos and background of the work. 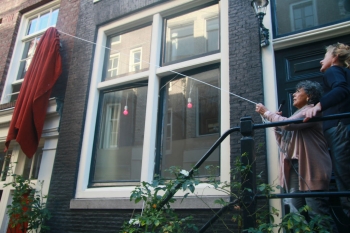 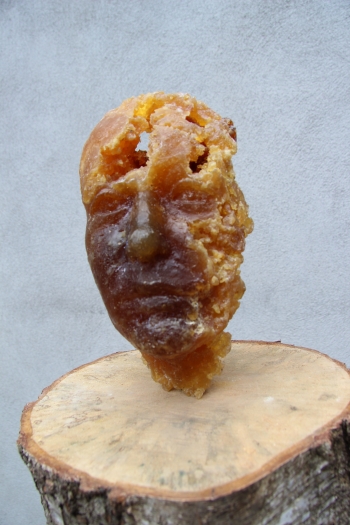 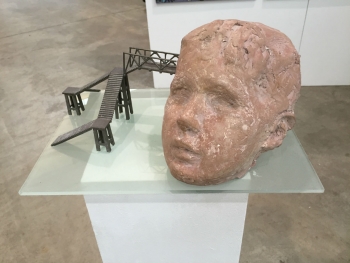 Hysteria refers to the way people would view the female orgasm in the past. Ultimate excitement was only accepted as ultimate devotion to the divine, like shown by Bernini. In later periods it became a medicale disease that required treatment. The female orgasm had to be treated, denied and avoided. Like the sound of the glass harmonia – the sound Mozart used in his compositions – was banned because it would provoke lust.

The sound of the glass harmonica, on its own or as accompaniment. After a popular start in the 18th century, the instrument was banned for 200 years because it was suspected to provoke lust. The four fragments represent the four stereotypes of women: mysterious, innocent, sensitive, sereen and emotional. 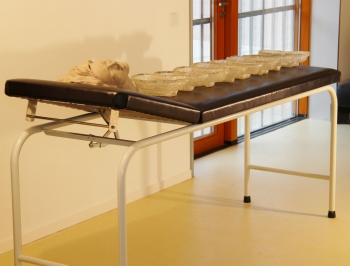 Caroline showed Soldiers and Lovers, about the questions we have on our origin. 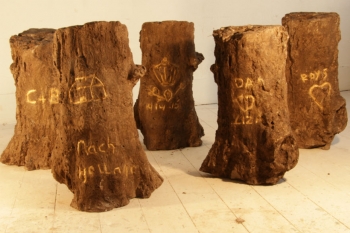 For the 2014 CAR exhibition, Caroline developed Nature II with a novel technique with artificial resin. 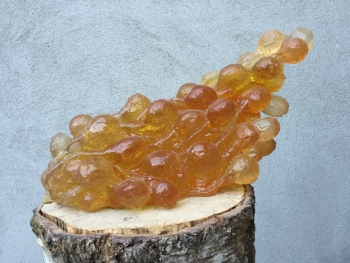 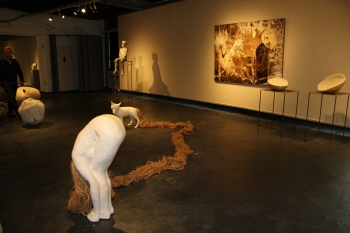